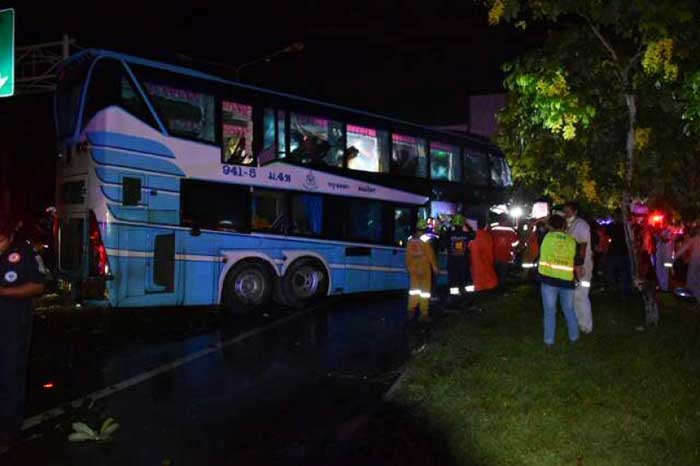 BANGKOK: — Six people are dead and more than 40 injured after a Roi-Et to Bangkok tour bus jumped the central reservation on the Friendship Highway last night and collided head on with a ten wheel truck.

Both drivers are dead along with 4 passengers sitting at the front on the Prayat Tour company bus, reported Daily News.

It is believed that the tour bus driver nodded off.

The injured have been taken to Si Khiw and Maharat Nakorn Rachasima hospitals – eight are in a serious condition.

The accident happened in the Si Khiw area. The bus was going to Bangkok and reportedly started to swerve before mounting the central

reservation and colliding head on with an oncoming truck on the other side of the road.

Tour bus driver Phichet Klinklang, 44, was the only fatality named.